Poonam Anand is working for the welfare of society since 1986. Since young age, her passion to work for the society became was so strong and powerful that she co-founded Lakshyam to help the Under Privileged sections of the society. The focus was to intervene in the unbalanced structure of the society and work for the upliftment of children and women. And after successful interventions and results, there was no turning back for her and Lakshyam as a whole.

She is the executive member of the Jharkhand State Child Welfare Council, core committee member of Healthy City Alliance & the Vice President of Jharkhand Disable Sports Welfare Academy. For her esteemed services, she has been bestowed with several awards including the ‘Jharkhand Ratan Protsahan Award’ and ‘Gandhi Samman Award’ and has been counted as one amongst powerful 100 people, profiled in the Achiever’s Book published by Dainik Bhaskar.

Working for women also gave her the opportunity to share the responsibility and be a member of the anti-sexual harassment committee of Jharkhand University. In her words “There is a no bigger satisfaction of being a part of the society and working for the society. To make a little change is a step toward a better world.” 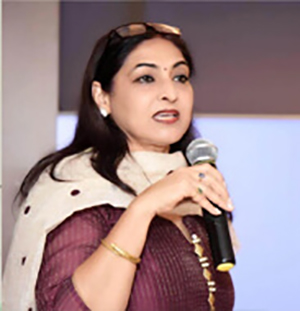